Solving a major operation issue on an existing high-rise

This 35 story luxury high-rise was experiencing many of the operational issues that we've seen in the NYC area- wide swings in building pressurization, and chilled water generation instability. This resulted in complaints from the building’s high-profile tenants. The original developer called Fulcrum to assist in the diagnosis and to identify solutions to stabilize this building’s systems.

After a thorough performance evaluation, and several weeks of onsite testing, Fulcrum found that the systems controls for heating and chilled water were erratic and unstable. The systems were over pressurizing, lifting safety relief valves, and wasting energy by over-pumping.

Fulcrum also advised on the interconnection between the heat pump condenser water loop and a boiler plant that was originally designed to serve only fan coil units.

Following diagnostic tests, Fulcrum determined that a hydraulic crossover existed between the systems controls for heating and chilled water. The cross-connect could be anywhere in the ceiling or behind the walls of the 36 story, 500,000 square-foot building. Fulcrum narrowed down the location of the cross-connect to be within the top three floors of the building and the quantity of crossover to represent about 0.5% of total system capacity. Knowing that, the crossover was pinpointed to six apartment fan coil units that had been incorrectly piped, which were increasing energy usage. Fulcrum stabilized the units and repaired the problem.

After fixing the interconnection between the heat pump condenser water loop and a boiler plant to alleviate the issue, Fulcrum determined that there was no need for the additional boilers for the heat pump system and removed unnecessary equipment.

The location and set-points of differential pressure sensors for building pumping systems including the hot water, chilled water, and closed loop condenser water systems were modified to provide better system control and stability.

After repairing the issue related to the fan coil units, the problem was stabilized and energy consumption was better optimized.

In removing the unnecessary boilers, Fulcrum minimized the number of activated boilers, which enabled EJME to save on capital costs. It also improved the structure’s overall energy efficiency.

Fulcrum also aligned the pumping control points using operating data from EJME’s two years at the building, and was able to lower the average pump operating speeds 10%- about half the average annual energy consumption. 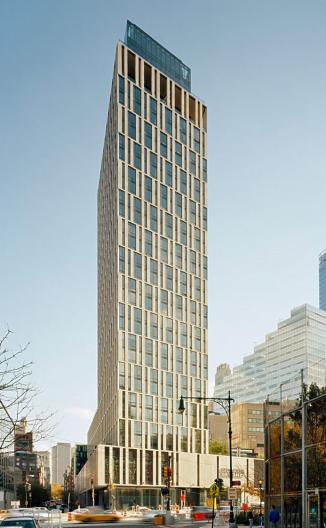